The taste of Dalmatia

The offer of modern recepies and dishes is abundant but try to return to the roots of Dalmatian cuisine and the original ambiance of Dalmatian villages. The village of Pupnat is the tiniest place on the island of Korčula, counting four hundred inhabitants only. Its people used to be engaged in wood cutting, bitumen collecting, lime and chacoal production, all for the sake of Korčulan craftsmen. Today you can see a lot of old single-storey houses covered with stone boards and a complex of sties and sheds south-east of the village. In such a surrounding was the first Croatian Michelin awarded restaurant built. Enjoy the idyllic tranquility and the decoration of the restaurant trying original Dalmatian dishes seasoned with Korčulan spirit. We have prepared the menue that will cover the entire range of traditional Dalmatian flavours.

Pasticada is one of the tastiest and most famous Dalmatian specialities. In the past, it was prepared for important Catholic holidays and other special occasions. A piece of beef tenderloin is kept in vinegar for a while and then taken out to be spiked with carrot and bacon. After that, it is at first fried and then cooked in a pan with browned onion, carrot, apples, prunes and spices. Wine is added to create a tasty sauce. This is a long process since the sauce has to simmer for a long time. 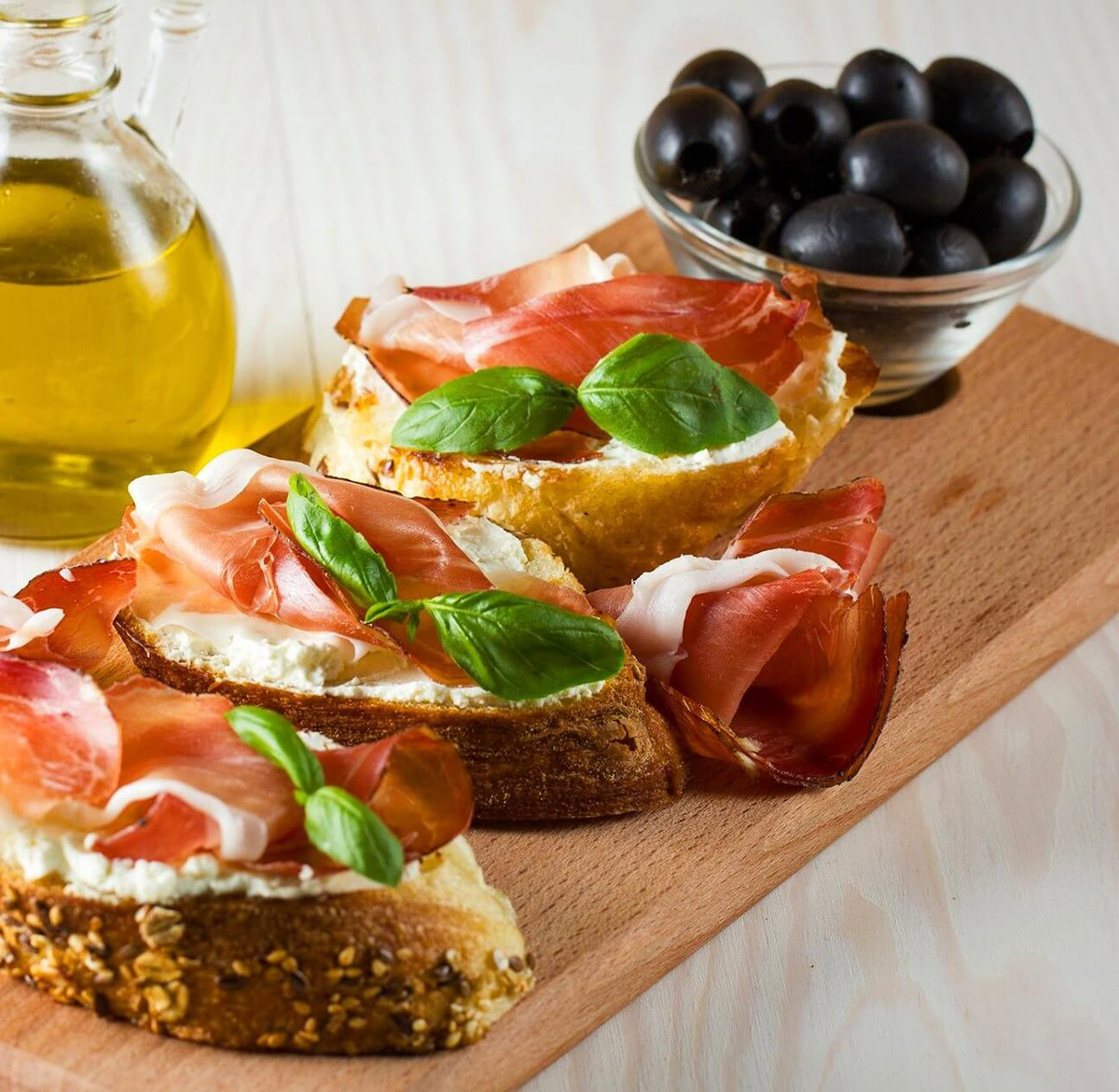