The village of Žrnovo is situated only four kilometres from  the Old Town of Korčula. It was inhabited in Illyrian and Roman times, its current outlay stems from the 13th and 14th century when it was the main granary of the nearby town. What you can see in Žrnovo today are  old stone houses with a porch and small sties built in the technique of dry walls, covered with stone boards. There is also a couple of summer houses of Korčulan gentry and landlords,  so called ” kašteli”. The church of St Martin from the 14th century is not centrally located.

Žrnovski makaruni ( macaroni) are unique hand-made pasta, done from the very basic and simple ingredients: flour, eggs, oil and water, served with rich meat sauce. There is a story that Marco Polo brought macaroni from China. In the past they were done on special occasions, mostly in the kitchens of Korčulan gentry who could have afforded them. As a specialty they are attributed to Žrnovo, from which they spread along the island. Although there are various kinds of macaroni, the real ones are those hand-made, served with first-class beef sauce into which red wine and other secret ingredients are added.

We have prepared a visit to a family restaurant in Žrnovo for you, offering a special menue and a program. 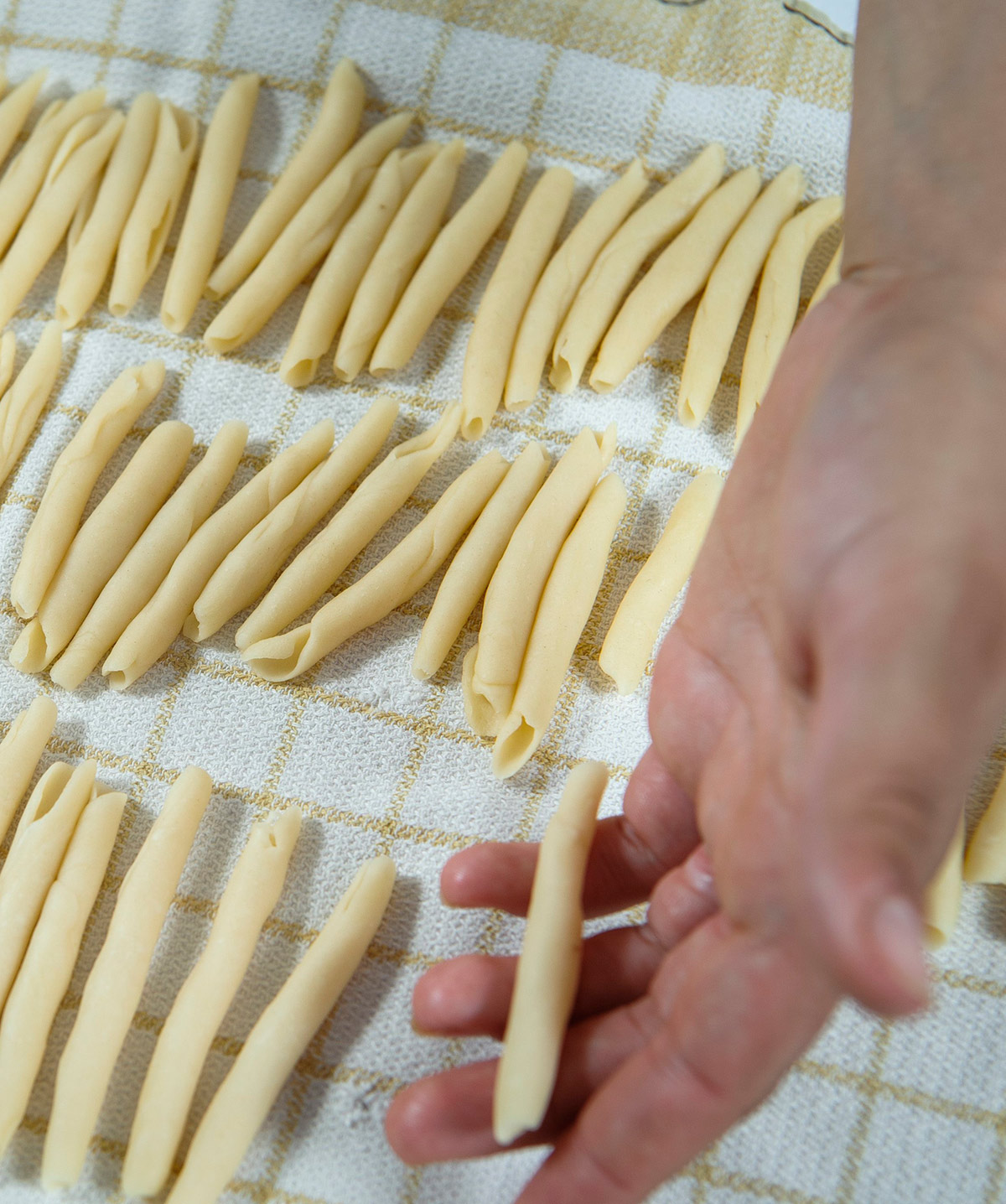